Posted on October 16, 2019 by robynsewsthisandthat

Life is so busy. For some reason I have always imagined that as I got older that time might slow down. Like when I was a kid and I was waiting (not patiently) for Christmas morning or my birthday to arrive. Nope! Time just goes faster and faster. Not only has it been almost a year since my last post but, our daughter has grown into a beautiful woman and is now married. (not all in the last year but, you get the idea) I can hardly believe it.

She said that she did not want to burden me with the task of making her wedding dress as she knew how busy I am with all my classes that I have been teaching and my work on the chapter advisory board with our local chapter of the American Sewing Guild and leading a neighborhood group for children to sew with the guild. I was however tasked with completing the alterations of her dress.

She tried on many dresses. 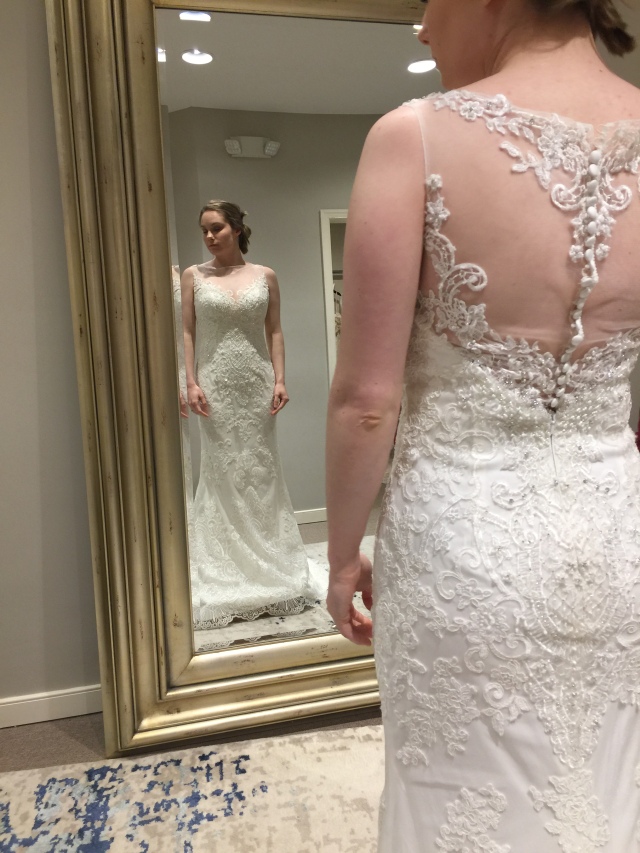 She continued to try on dresses……and finally she found The Dress!

The dress was strapless so a lace jacket was in order to cover her arms and shoulders. We ordered the lace jacket according to her measurements. When it arrived it was way too large and the sleeves were much longer than she wanted. I did some major altering to the jacket. But, I had so much fun working on her dress.

The dress needed to be shortened 5 inches. So, I needed to remove the trim and several appliqués.

It was a slow process as the trim and appliqués were sewn on with clear thread. 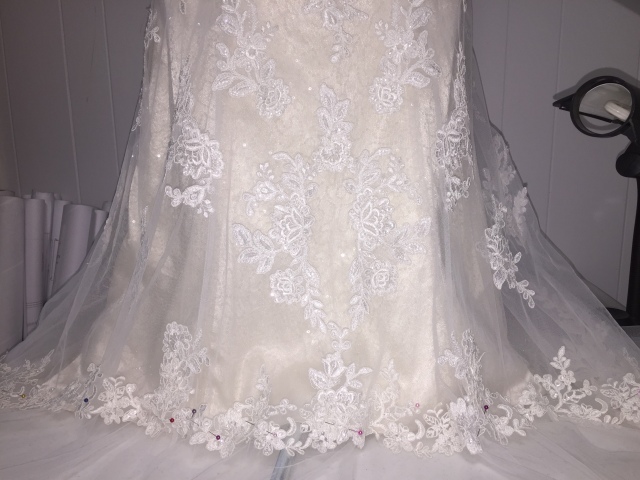 I finally pinned and reattached the trim and appliqués to the gown. And yes I used clear thread and did it with my machine.

Now to bustle the train. I replaced the thread tacks from the satin and the lace overlay with clear snaps so they could be separated when it came time to bustle the two layers.

I wanted to create an under bustle or French bustle for the satin layers.

And an Over Bustle for the longer lace layer.

Her dress hanging in waiting after the final press.

After the ceremony. The happy couple!

My wonderful daughter-in-law did all of her wedding photos. They are so beautiful. 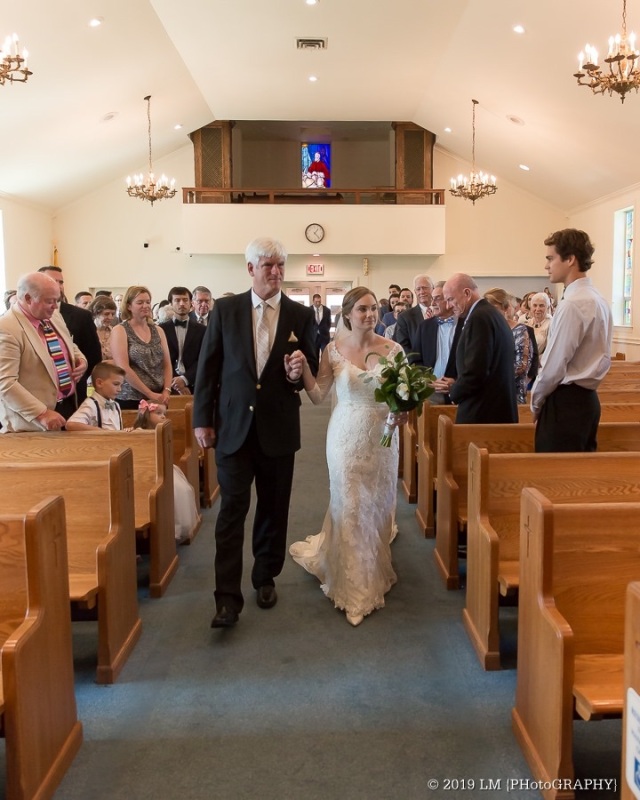 Father of the bride walking her down the aisle.

Aren’t they a lovely couple? 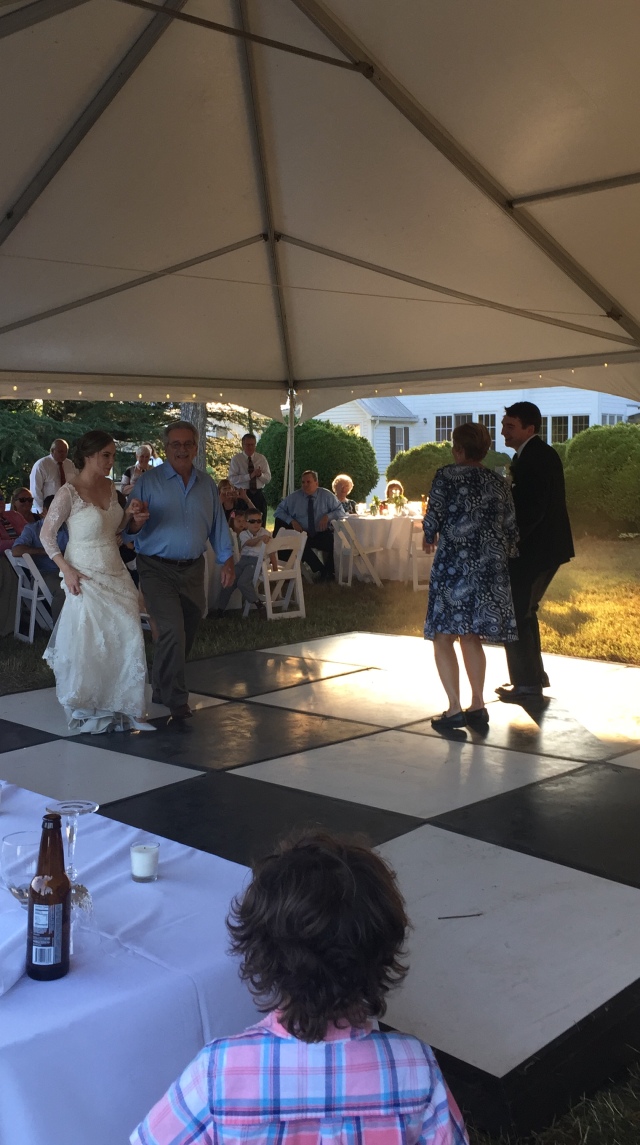 It was a lovely wedding and a fabulous reception.

I sew. I knit. I craft. I have too many desired projects and not enough time to create. I am mom to 8 and grandma to 7 wonderful gifts. I am married to my best friend. I created this blog to track my projects and to inspire others. We all learn by sharing knowledge.
View all posts by robynsewsthisandthat →
This entry was posted in Uncategorized. Bookmark the permalink.

Leave a Reply to Linda of Lányos Handmade / Nice dress! Thanks, I made it!! Cancel reply