Lesson Learned the Hard Way…over and over

Posted on February 25, 2017 by robynsewsthisandthat

I was asked by a friend of the artist that I make the pillows for to make some pillows for her. We arranged to meet at the beginning of November to discuss what she wanted me to make. By the time I had gotten to our meeting the accent pillows had become a request to make a window seat cushion. And maybe some drapes?

As we were measuring the window seat, I was explaining that altho I have made drapes and roman shades before my sewing space really isn’t large enough to adequately handle such projects. The window seat measured 130 inches by 20 inches. I explained too that with the holidays coming up that I really wasn’t going to be able to begin making the project until after the new year. She was fine with that. So, I worked up a quote. She accepted it and I began lining things up to be ready to tackle this and get it done at the beginning of the year.

I found a place that has some reasonable cost for the foam and they could glue it together so it was the proper length. The customer ordered her fabric and had it shipped to me. I purchased the cording for the piping and the batting and the white muslin for the lining….Yes, she requested it be lined. 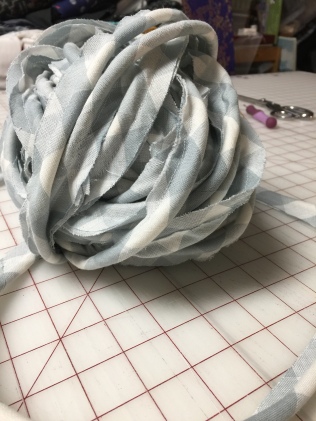 I made yards and yards of bias binding and made just as many yards of piping. I think it was 20 yards. 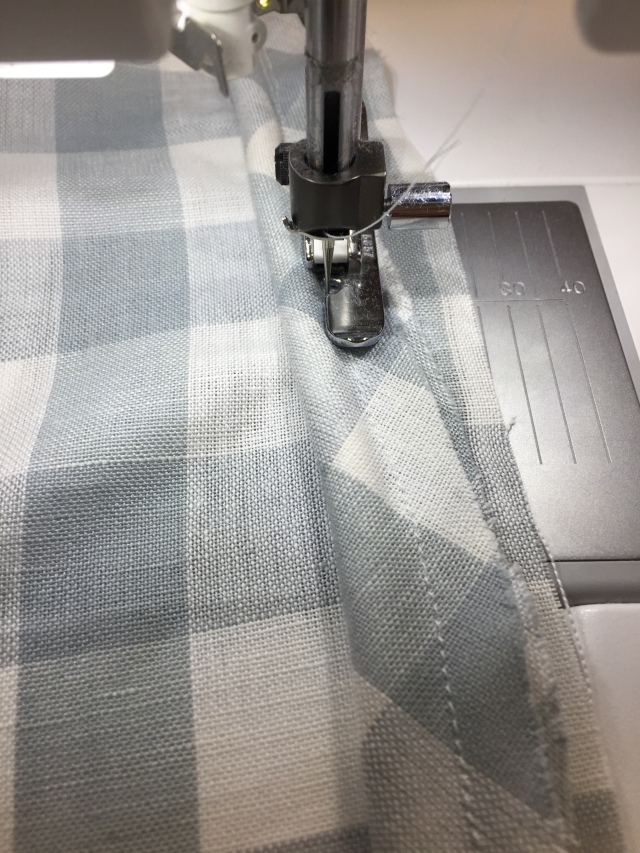 And I stitched the piping to the top and bottom. I tried to baste the lining to the top but, the piece was too long and I was afraid of it creating a wrinkled mess. So I made a separate cover of the muslin for the lining. I managed not to take a picture of that but, the lining fit like a glove.

I sewed the side panel all the way around starting a one long side across the short end and up the other long side leaving the other short end opened and un sewn to be able to slide the finished cover onto the cushion. I attached the bottom and as I was nearing the end of the last long side I was 4 inches shy of matching up with the top. Ugh!!!! Agitated, I put the cover in time out and slept on my next plan of attack. Where had I gone wrong?

When I went back to it I ripped out a seam and tried again.  Still. It would not line up. More thinking and more ripping. Re-sew. Still won’t line up. Really? 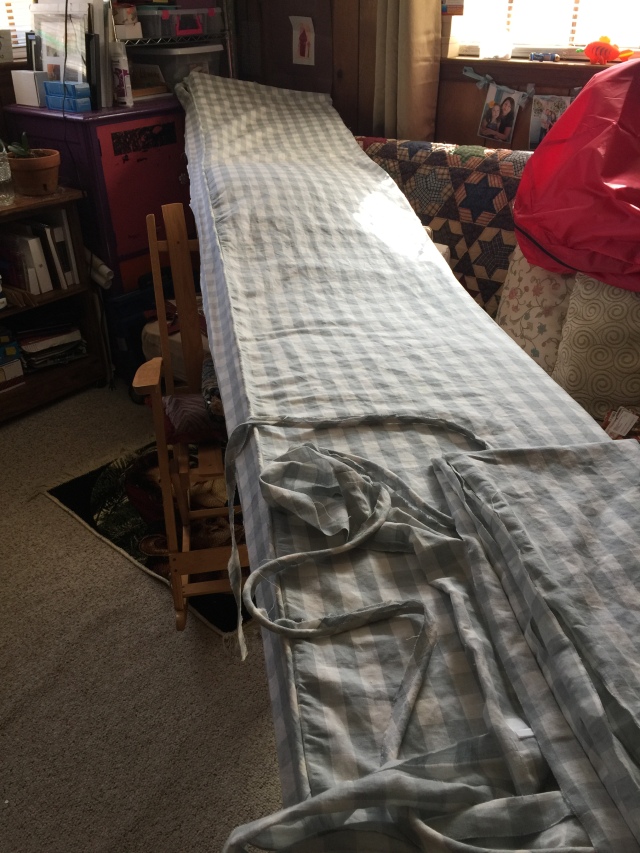 Here I had it laid out on the back of the futon and a chair in the middle and a folding table to support it. While I scratched my head and it went right into the doorway of this room.

More time out. More ripping out. Completely ripping it all apart. And stitching it all back up. This went on for weeks. I did some sort of ripping out 8 times! Ugh!!!!

This thing was waking me up at night. I was denying myself enjoying anything else as I felt that I needed to be finishing this project. Even to the point that I was just spot cleaning the house as I really needed to spend my time working this thing out. I canceled a weekend trip to Baltimore to attend the American Craft Show. Sigh.

I finally decided that this cushion was going to have piping along the top and not the bottom. Made sense to me as that is where everything seemed to go wrong. Well, wouldn’t you know, that did the trick! It finally worked!!! 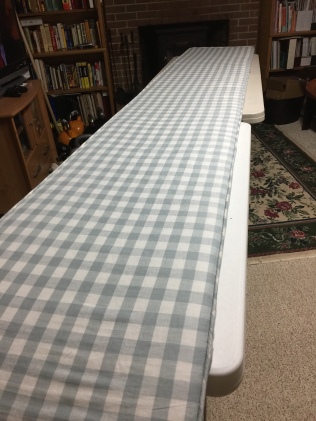 And it slid on really easily with the lining cover on it already. Boy, I was one very happy gal and was finally able to get a good night’s sleep. Yay!! I hand sewed up the opened short end and it was done.

Then, after looking at this in my small rooms, taking up so much space, I began to worry that it was going to be too long for the window seat. What if it didn’t fit? What if?????

Well, my husband helped me deliver it today and…… 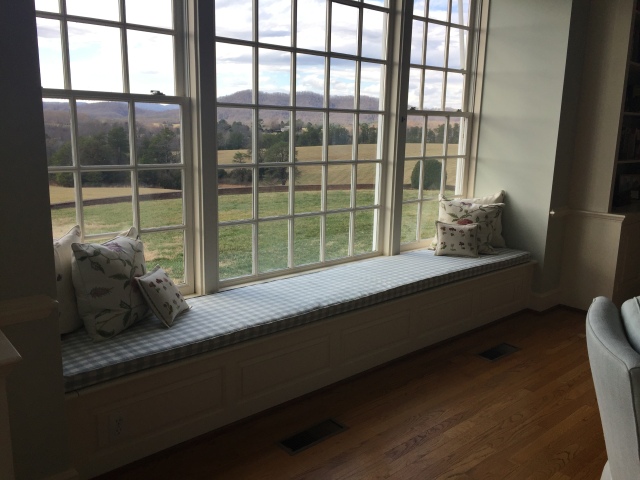 Lesson learned? Next time someone asks me to do something that requires yards and yards of piping, or yards and yards of fabric? Will I say, “I’m sorry, I’m just not set up to do that big of a project.” Ummm…..I sure hope I can remember to take a breathe and think before I answer. But, I probably will say, “Sure!” It’s so hard for me to say no.

Now it’s time for some selfish sewing…..I have a pair of Ginger Jeans and Ebony Top and an Explorer Tote and….and….and…waiting for me to sew.

I sew. I knit. I craft. I have too many desired projects and not enough time to create. I am mom to 8 and grandma to 7 wonderful gifts. I am married to my best friend. I created this blog to track my projects and to inspire others. We all learn by sharing knowledge.
View all posts by robynsewsthisandthat →
This entry was posted in Uncategorized. Bookmark the permalink.

4 Responses to Lesson Learned the Hard Way…over and over